Difference between “freelance” and “experience”?

This question has been tormenting me for a long time – is it worth it to make freelance a permanent job, realizing that there will be no official experience? I’m sure that I’m not the only one who was afraid to leave my head in this area. Well, I want to share my thoughts on this. You look, maybe my thoughts will become decisive for someone. Let’s try together once and for all to solve this issue, at least each for himself.

So, if you noticed, then when I formulated the question, I used the words “freelance” and “permanent job”. It seems to me that otherwise there is no sense. After all, if you do not devote at least 7-8 hours a day to freelance, then the earnings will be no more than 200 hryvnias per week (at best).

Over time, such a profile will not be of interest to customers (few will want to entrust their project to the person who spent on the site, roughly speaking, for more than a year and has only 2 reviews). No, I’m not talking about the quality of your work, but only about the activity that the customer is also paying attention to.

So with this, I think, have decided. If you take on something, then take it responsibly, right? Yes, there are downtimes (why not take a day off on this day?), There are “difficult” customers (and what, are all the bosses “nice”?), There are force majeure and so on. But I will not dwell on these points, because this has already been discussed more than once in previous blog posts.

If you start freelancing, then you need to treat this as real work. But what then with the official experience? How to solve this dilemma? Now I want to talk in order about how exactly I made a decision in my head. I’ve heard about freelance for a long time, but all my hands did not reach to try, because at that moment I was a student, and all the time I went to study. You can’t argue, you need to study and you need to have a higher education (well, at least, preferably) to have it. But as soon as I defended my diploma and closed the doors of the university, I went to look for work. Official, of course. So that the experience goes, as my mother and grandmother said (pupils of the USSR, by the way). And then the first “reality” overtook me.

In the first 5 (!) Places where I came for an interview, they told me like this: “You are without experience, only from the student’s bench, so we, of course, can accept you on staff, but be ready – the first 2-3 months there will be an internship. She is free. That is, you will work full time, but we will not pay you anything, because you need to make sure that you are suitable for us.

” Really? For at least a month or two, jostle in hot minibuses “to work”, spend money on it from the last scholarship and know that I’m such a good job not even working for food, but rather for an idea? In other places, I was assured: “You are so young. Well, there is no experience, but we will teach you everything now, and you will go on maternity leave in a year. And then you will return, and the child will be ill at least once a season. Do we need it? ”

I didn’t want to go to work as a salesman with a higher education … But then, as it seemed to me, luck smiled at that time. I was hired by one of the city translation agencies. Work as usual – office, from 9 to 18 pm, an hour for lunch. During the internship, we agreed to work under the contract, and then officially (what is needed!) I promised to pay 3,000 hryvnias for the first three months (not much, but at least I will gain experience, then I thought), and then I was not even embarrassed that the minimum- then the salary is 3200 hryvnias.

The first month, which later became decisive, was hellishly difficult. I did more than 10 translations a day, returned home and just fell off my feet, from this I went to bed early, got up early. Life passed by, even for a short telephone conversation with relatives they hardly had the strength and time. This was the first bell that you couldn’t last so long. Next was the second bell.

The first salary I received was 2400 instead of the promised three. And why? Because 3000 UAH. He had in mind with such a certain number of working days, and now he pays earlier, that is, less working days. I understood that they simply deceived me.

On Friday night, I returned home and created a profile on Freelancehunt.com. On Saturday, I made myself a beautiful resume, portfolio and the second bet on rewrite won! Thus began my journey into this world. From now on, even while sitting at work, I updated my profile, checked the tape and, as far as I made orders, the first reviews already appeared.

I’ll rush ahead, after the first month of working on freelance, I allowed myself to buy even a refrigerator (albeit small, but still new)! Is there a difference? And after all these events, I realized – you need to go to freelance and work at home. But experience, what about experience ?? Then I began to think logically, and why is he? Right to receive a pension.

Which one? That’s right, minimal. Does it grab her? Right, no. And what are grandparents going to do? That’s right, earn extra money on the market and so on. Are they happy about this? Everyone will answer for himself. I asked some “adult” acquaintances: “Why do you work officially? Do you like your work in general? ” And, you know, the answer was predictable: “No, I don’t really like it. And what kind of question? Of course, I work for the money. You still have to live up to retirement! ” What to expect!

So here I was sitting, thinking, and my grandmother suddenly entered the office door. Believe it or not, she asked me: “Daughter, I go to offices here and sell knitted socks. It is a shame to offer this, but there is not enough pension. Do not beg to go. And so you feel good, because in the market they will cost more, and I’m a penny. Buy it? ”/ Of course, I helped, as I could – I bought socks for the whole family, I also took her phone number, maybe I’ll order a scarf for the winter, I’m sorry for the old woman … And for the sake of such old age, I want to OFFICIALLY sit in my office all my life? Not! This was the third bell.

But the next discovery shared by the “old-timers” of the office struck me! It turns out that the boss takes orders with freelance resources! He started as a freelancer himself, but then he opened an office, recruited staff (which I got to), makes bets, wins, distributes tasks between us and goes home. We work all day, he receives good money from projects (and if the exchange is American, then, of course, payment is in dollars), and we get only a penny …

I realized that I was still a little over twenty, and if very want to, then in a couple of years I will be able to discover something of my own and work officially already on my own. In addition, I forgot to say that the chief did not give official holidays and short working days (such as Independence Day of Ukraine, etc.). The weekend is always only Saturday and Sunday.

It was then that I went headlong into freelance swimming. And now I can definitely answer the main question from above. The difference is that the “experience” is to work for someone all your life and hope that at 65 you can still rest. Once you start, “start”, and by the age of 30 you don’t want to change anything, you just get used to this way of life. You will become an office robot, which is no longer striving for anything, but just waiting for a salary from month to month (I’m not generalizing, but it’s exactly what it is).

And “freelance” means endless earning opportunities, it is always a forward movement, because you yourself are responsible for your work, which means that you strive for excellence and constantly learn something new. So, I came to freelance as a translator, but at the moment I learned how to engage in rewriting, copywriting, developing naming and slogans, developing presentations, scripting for cold calls and transcribing.

Moreover, I cannot but rejoice that freelance is a whole friendly team, family, in other words. Here you can always get support (and just write about what worries you, and go to arbitration if there are difficulties on the project, and the concept of “Safe” gives a guarantee of payment), chat with other freelancers and write to the customer yourself, express your opinion about some projects by voting either for a lower budget or for violation of the rights of the service. You just don’t feel lonely, it’s something like a “virtual office”.

what worries you, and turn to arbitration if there are difficulties with the project, and the concept of “Safe” gives a guarantee of payment), chat with other freelancers and write to the customer yourself, express your opinion on some projects, either by voting for a lower budget, or for violation of the rights of the service. You just don’t feel lonely, it’s something like a “virtual office”.

what worries you, and turn to arbitration if there are difficulties with the project, and the concept of “Safe” gives a guarantee of payment), chat with other freelancers and write to the customer yourself, express your opinion on some projects, either by voting for a lower budget, or for violation of the rights of the service. You just don’t feel lonely, it’s something like a “virtual office”.

Isn’t that an experience? But, of course, I never want to stand still, because you always need to fight! I plan to learn so much new, at least a second foreign language. Moreover, a free work schedule also allows me to write my own book! Therefore, I wish everyone, including myself, good luck! Life is only forward movement and don’t be afraid to break stereotypes! And a comfortable old age only due to experience is only an illusion. 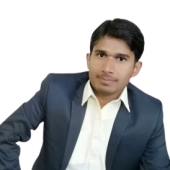 Inspiration for freelancers to summon Muse

How to take an order and which is better to refuse